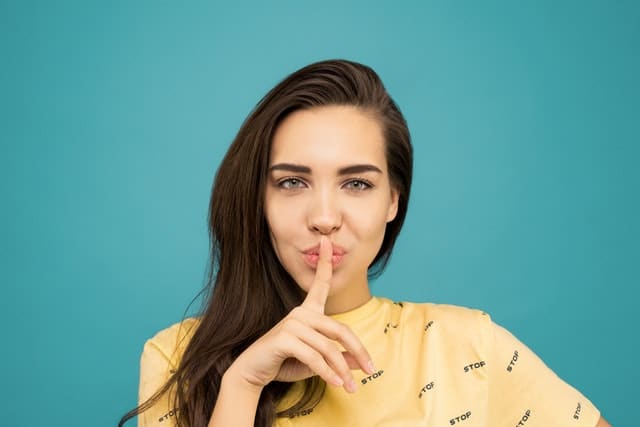 Ghosting is a relatively new colloquial dating term that refers to abruptly cutting off contact with someone without giving that person any warning or explanation for doing so. Even when the person being ghosted reaches out to re-initiate contact or gain closure, they’re met with silence. As you can see, it’s called ghosting because it involves someone essentially “vanishing” into thin air as if they were a ghost.

The term is generally used in reference to a romantic relationship, but it can technically refer to any scenario where contact unexpectedly ceases, including friendships and family relationships.

The History of Ghosting

The term “ghosting” became mainstream about seven years ago alongside the surge in online dating; it became an official entry in the Merriam-Webster dictionary in 2017.

﻿Interestingly, though, the term was actually used as far back as the 1990s. Some pop culture writers and scholars have even used the term to describe ghostwriting in hip-hop music.

Though a new term, the act of ghosting existed well before the digital age. “I think references of ‘going for a loaf of bread and never coming back’ are examples of ghosting,” says Bree Jenkins, LMFT, a dating coach in Los Angeles, Calif. “Ghosting used to be leaving a person and moving away or not leaving [them with] your contact information—its earlier origins are even the simple act of leaving a party or social gathering without notice and goodbyes.”

How the Term Became Popular

So why did the term “ghosting” become mainstream just within the last decade? The argument is that online dating has simply made it way easier to ghost people.

With the higher frequency of ghosting instances, and with more people who could relate/understand being ghosted or doing the ghosting, the term was widely adopted.

Why Do Some People Choose to Ghost?

There are two primary reasons why a person ghosts another, and often it’s a combination of the two.

The first is that some find it’s way easier (in the short-term, anyway) to ghost someone than to have an awkward, uncomfortable heart-to-heart about why you’re not interested in maintaining contact.

The person doing the ghosting often wants to avoid confrontation or dealing with someone else’s hurt feelings, so they simply cease all communication and hope the hint is delivered.

“With internet dating comes what may seem like infinite choices as opposed to walking into a bar and having limited options,” explains Margaret Seide, MD, a board-certified psychiatrist based in New York City.

“Because there are so many choices, online daters are quick to have the ‘OK, next’ or the ‘Yeah, but what else?’ mindset,” says Seide. “Sometimes the person is nice enough, but is juggling a few other people and that person just didn’t make the cut.”

How Ghosting Can Impact the Ghosted

As you can either imagine or know from personal experience, ghosting can have a real psychological impact on the person who’s being ghosted.

It’s almost like sudden loss [or] grief, especially the first time you’ve ever been ghosted. You are shocked, and you’re in denial, thinking things such as ‘maybe they didn’t see my text.’ Then you feel anger.
— BREE JENKINS, LMFT

Jenkins adds, “Next, the feelings of depression [can] kick in along with feelings of poor self-esteem as you mentally reexamine your relationship and last conversation for possible warning signs.”

Working Through Grief After Being Ghosted

The grief cycle may not run that exact course, but being ghosted often triggers a flood of ranging emotions. Thoughts of ‘Not only did the person not want to date me, but I wasn’t even deserving of an explanation’ can make someone feel dehumanized and devalued.

It’s often more painful when it’s a relationship that’s marinated a bit, but the ghosted person can also feel this way if it was a new connection. It can take some time to work through the pain, but with acceptance the person being ghosted can move on.

To gain closure in a situation where you feel you’ve been ghosted, Meide says it can help to send a message by saying something like, “Hey, I haven’t heard from you in a while. I’m not sure what happened, but I don’t want to continue pursuing this. My time is valuable and I don’t want to leave this door open. Best of luck with things.” While the ghoster may not respond, it can help provide closure.

How Ghosting Can Impact the Ghoster

Ghosting doesn’t just impact the ghosted; it also is a detriment to the ghoster. The bottom line here is that ghosting is either a passive aggressive way to end a relationship, or it is the “easy way out.” Either way, it’s not doing the ghoster any favors in their ability to communicate with others.

“Ghosting doesn’t take into account how you affect other people and it makes it easier for the person to dip out or disengage when things get uncomfortable. There’s no way to have a healthy, long-term relationship without being able to work through problems and use your communication skills,” says Jenkins.

Jenkins adds that ghosters create unhealthy problem-solving patterns for themselves, and that they also contribute to a larger pattern of societal flakiness that increases their chances of being ghosted as well.

Alternatives to Ghosting Someone

Avoiding the easy route of ghosting someone will benefit both parties. Meide says that the best thing you can do when ending a relationship, however long or short, is to treat the other person as you’d like to be treated.

“I usually suggest two spoons of sugar with the medicine in the middle for delivery,” Meide says. “It can sound something like ‘Hey, you seem like a really great catch, but I don’t feel it’s working between us. I respect your time and just wanted to be honest. Warm regards and take care.’

“Or, ‘Hi—it’s been cool getting to know you, but I’ve decided to take a break from dating and don’t want to waste your time or be dishonest. Best of luck with everything.””

These messages are short, sweet, honest, and end with an outro to signal that you don’t want to have a long and drawn out conversation. It’s possible that you may get a negative or hurt reaction from the other person, but it’s far better to exit the relationship after giving an explanation than to ghost completely.

Is Ghosting Someone Ever OK?

In many cases, ghosting is considered a rude route to take when trying not to talk to someone anymore, or especially when ending a more serious or established relationship. However, there are most definitely exceptions—when further communication can be a bad thing or even potentially unsafe.

Situations in which ghosting can make sense is if you find out the person is married or in a relationship, participating in illegal or unsavory behaviors, or if they display toxic traits.

﻿In such cases, you do not owe that person an explanation for abruptly ending the relationship.

If you are uncomfortable or feel threatened by someone in any way, remember it’s best to follow your gut instinct. You may simply have a bad feeling. In cases like this, you don’t need to prove that this person “deserved” to be ghosted—ghosting might be a useful mode of self-protection and peace of mind.

If you feel your best interest would be to completely cut off contact with the person in question, don’t let your feelings of guilt keep you from doing what’s right for you and what will ultimately keep you safe.